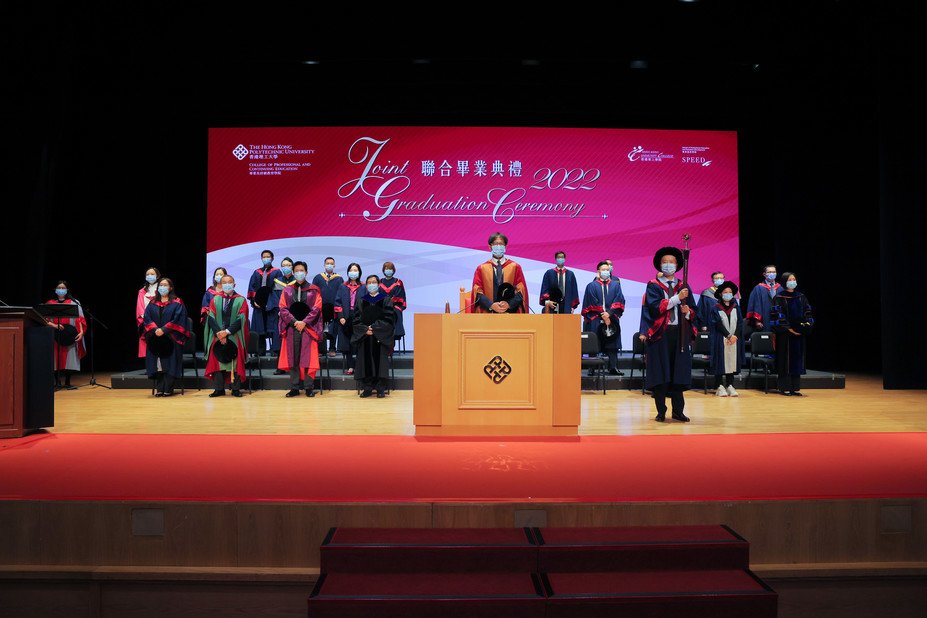 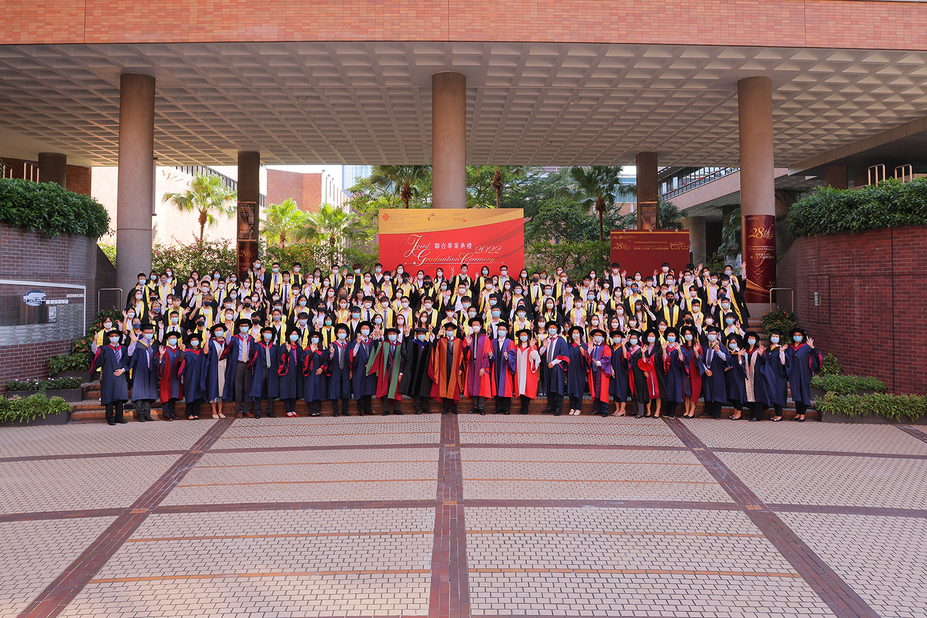 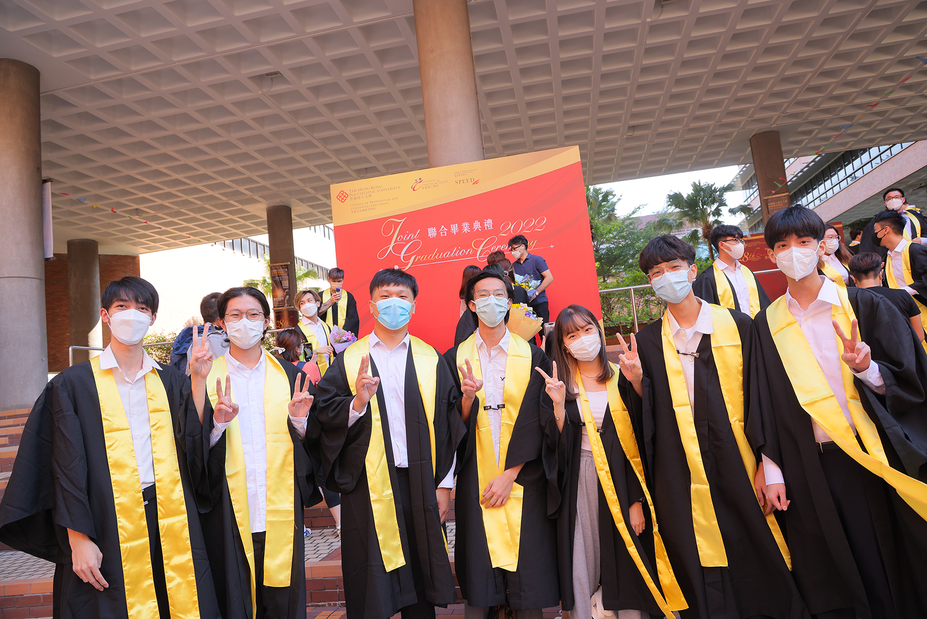 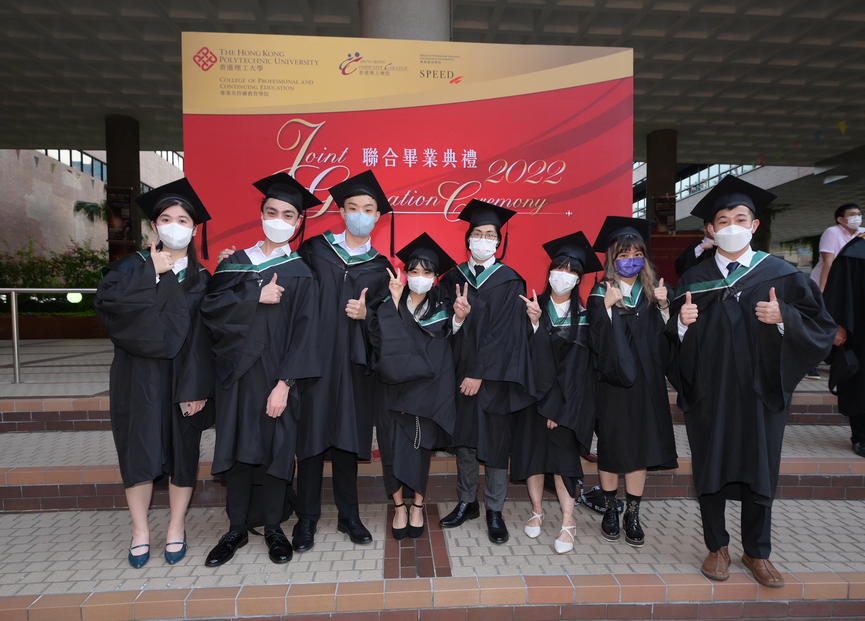 Dean of CPCE, Prof. Peter Yuen (standing behind the lectern) officiates at the Graduation Ceremony with members of the College Board and other senior academic staff.

The Joint Graduation Ceremony 2022 confers awards on over 4,500 graduates.

Hong Kong Community College (HKCC) and the School of Professional Education and Executive Development (SPEED), the educational units of the PolyU-affiliated College of Professional and Continuing Education (CPCE), held their 20th Joint Graduation Ceremony at PolyU’s Jockey Club Auditorium on 15 and 16 October 2022. PolyU HKCC and PolyU SPEED respectively sent forth over 3,400 sub-degree graduates and over 1,100 bachelor’s degree graduates.

Dr Anthony Loh, HKCC Director, said, “According to our Graduate Survey 2022 which had a response rate of 85%, a total of 2,611 graduates articulated to bachelor’s degree programmes, representing a high articulation rate of 90.1%. Among the articulated graduates, a record high of 68.7% (1,793) were admitted to government-funded bachelor’s degree programmes. The articulation figures have once again proved that our College continues to provide S6 graduates with the best non-JUPAS pathway.”

“From the first cohort of graduates in 2003 to the latest batch in 2022, over 36,600 PolyU HKCC graduates have articulated to bachelor’s degree studies. This represents a 20-year average articulation rate of 83.9% – performance which bears testimony to our graduates’ abilities,” added Dr Loh. (Click here for details of the PolyU HKCC Graduate Survey 2022.)

PolyU CPCE offers a flexible “2+2” articulation pathway to PolyU HKCC graduates who, after successfully completing their 2-year sub-degree study, can articulate to the 2-year honours degree programmes of PolyU SPEED.

Dr Jack Lo, PolyU SPEED Director, said, “The School has been keeping abreast of the latest developments in industries where Hong Kong has a competitive edge and monitoring closely the demand for human resources in the job market so as to improve our current curriculum continuously and roll out new programmes in a timely manner. We plan to launch two inter-disciplinary programmes in the areas of language and professional communication (digital media) and language studies with information analytics in 2023/24.”

Dr Lo added that, since its inception in 1999, PolyU SPEED has nurtured about 17,000 graduates who have made substantial contributions to different industries.